Other Entrants in the Youth Month Story Competition

These are the other entrants in the Youth Month Story Competition.  Thank you for sending your entries and well done on your achievements.  Your stories were also inspiring which is why we publish them here as well.

Our first story is from Mozambique :

The special way to wish a happy children’s month

June was a great month for the all children around the world as well as Africa. We celebrate the international children day in 1st June and the Africa children day in 16th June. It’s a period of reflection and also to try to find solutions about the all problems children have been facing. 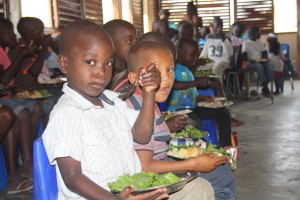 Most Mozambicans children are abandoned by their own parents and others become orphan, due mainly to HIV and others chronics diseases. In the other side of Maputo bay, Catembe, there is a Children orphan centre called  “Associaçao Imagine: Casas de Esperança” (Imagine Association: Houses of Hope – in English), they care not only  for the abandoned children but also to those who live with parents without conditions to take care of them.

The Anglican Youth of Maxaquene celebrate their anniversary and patron saint day (St. Peter and Paul) on 29th June. To celebrate this day, during May and June the Youth group made a campaign to collect biblical books to donate for the children in the centre. The youth leader of Maxaquene, Carlos Respeito, said that this was to give the children the opportunity to have their own mini-library to read and learn more about God and Jesus. 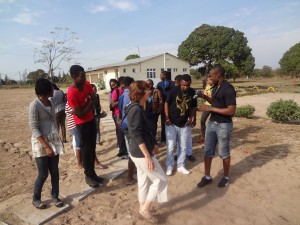 “I believe that they will find in these books words of hope to fight for better days˝. Said Ms. Lorraine Williams.

The Imagine Centre founder Ms.Loraine Williams said that she didn’t have words to describe how happy she was, and that the children need to grow not only physically but also spiritually.

“This gesture was a drop of water in the ocean, still having many things to be done for all the children around the world. But trough we Anglicans more will be done in God’s name”, said Williams.

“And the King will answer them, ‘I assure you: Whatever you did for one of the least of these brothers of mine, you did for me.’” – Matthew 25:40 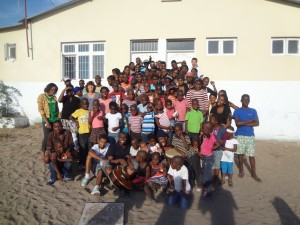 By: Carlos Respeito – Leader of the Anglican Youth of St. Peter & St. Paul of Maxaquene

Our next story is from Newcastle in KZN:

INGAGANE REGIONAL YOUTH CONFERENCE UNDER DIOCESE OF NATAL HELD ON THE 27th to 29th JUNE 2013 AT EKUBONAKALISWENI, OSIZWENI, NEWCASTLE 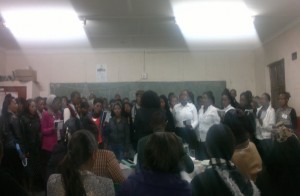 The iNgagane Regional Youth Conference held on the 27th to 29th June 2013 at Ekubonakalisweni, Osizweni.  The theme was “But seeks first his kingdom and his righteousness, and all these things will be given to you as well”. (Matthew 6:33)

Our guest speakers was Rev’d S. Sithole and Rev’d T. Zikhali; we thanked them for the inspiring message which they present to build the KINGDOM OF GOD. 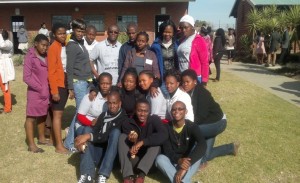 The Conference was well attended, all the parishes were represented.  What made us so excited was that in our mist there were Youth members from uThukela Region.  We felt the presence of God from the beginning until the end of the Conference.  The effect of that is that some of young people offered their lives to Jesus Christ.

Apart from the theme we had other event which took place on the 28th Friday night where the choirs competed – the chosen hymn for the competition was hymn 339 in Zulu hymn book. 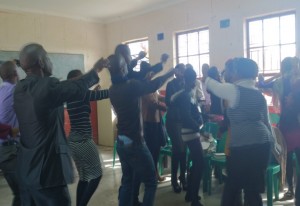 Each Parish contributed towards Youth Regional Fund (Izethulo) – the sum of R 500.00 was expected from each Parish.  In addition to that the Parish had to donate in order to uplift their fund.  This led the Archdeacon to encourage a competition towards the Fund.

Our Archdeacon N. Ngcobo offered four trophies for the Competitions to the 1st & 2nd Positions. 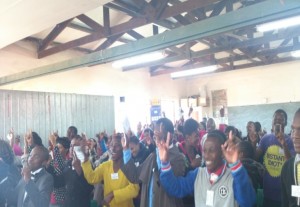 Young people were well disciplined and they were so excited about the Competitions.

In everything we thank God our Heavenly Father for guiding us and keeping us safe.” 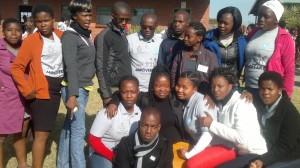