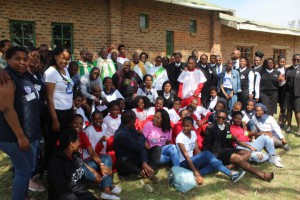 The Eastern Cape Anglican Youth of Southern Africa (AYSA) Cluster held a successful three-day consultation from 11 to 13 October, at the All Saints Cathedral in Ngcobo Diocese of Mbashe .
This was the second event hosted by the province, which included representatives from four of the six dioceses in the province. The dioceses present were Mbashe, Khahlamba, Mzimvubu and Mthatha, supported by AYSA’s Provincial executive member Mr. Kgowe Moleme, and Green Anglicans Youth Coordinator & PYC President, Mr Bino Makhalanyane.

The consultation was graced by the presence of the Anglican Reverend Luzuko Doda, who delivered his address under the theme “Anglicanism vs. The New World”. He argued that Anglicanism is not only about liturgy or duties performed inside the church, but is also about reaching out to society at large. He said it relates to contemporary issues, everyday life and societal matters faced by God’s people, inside and outside of the church buildings.

“Anglicanism is not only about the practices that we do in church, having the Eucharist and all. It is about putting into practice what we have learnt in church. Our church is built on the teachings of Jesus Christ, which is to serve people. We can’t be a church that insulates itself from social issues. The church is called upon to lead society; it is not supposed to be led by society. As the church we have a responsibility of making an impact on people’s lives.

Rev Doda added that in this age of the New World, the Anglican Church is too money-centred, unequal, corrupt and materialistic; it doesn’t look out for interests of the poor, but rather it enriches itself through them.

He said, today the church goes all out to bury a person who has never set foot in church, but it becomes a problem for the poor who cannot afford to pledge. He also reminded everyone that they have a duty to serve all people of God equally regardless of their financial status.

“This is not the Gospel of money; it is a gospel of serving God’s people. Anglicanism should be about helping the poor.”

Young people raised concerns about the correct ways of practicing the true definition of Anglicanism in their respective Dioceses without coming across as being disrespectful.

Rev. Doda responded by saying “If young people would speak in one voice and be clear on what they want that would put more pressure on the leadership to be part of efforts to bridge the gap.”

Rev Doda’s presentation made a huge impression on young people who attended the event.

“I can only say that this brand of Anglicanism is the revelation of our era. We have always looked at Anglicanism from the inside of the church and did not consider the societal element of it. God has truly revealed Himself through Rev Doda. I now understand that Anglicanism is also about paying attention to the needs of poor or needy, and show compassion to those who need it the most. Our church has indeed lost focus and serves the interests of those with deep pockets. This needs to stop,” said Msawenkosi Msila of the Diocese of Mthatha.

Azola Ludidi of the the Mzimvubu Diocese said Rev Doda’s speech made her realize that there is more to Anglicanism than mere liturgy and Anglican traditions.

“In order for the voice of young people to be heard we need to be more involved at local and Diocesan strategic decision making bodies in the church , already the 2016 Provincial Synod said 25% representation at all governing should be youth , but the cry is young people aren’t offering themselves.”

The event also saw the election of the first ever Executive Committee, a dialogue on Gender Based Violence and a presentation on care for creation. The next event will be announced after the Executive sits for its first meeting. 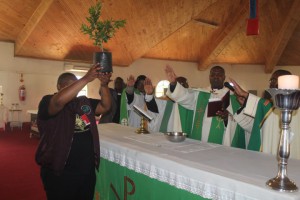 Blessing of a tree 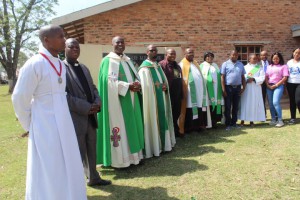 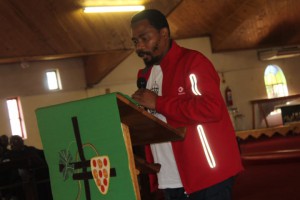 Rev Doda on Anglicanism vs The New World 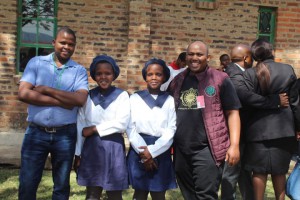 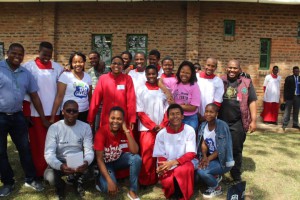 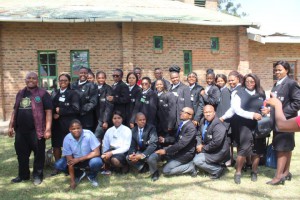